Being a black girl is actually exhausting

Y'all. Let me start off by saying that I absolutely love being a black woman. I love my culture, I love my people, I love learning my history. But....

I am tired this week. Like, I am mentally exhausted by social media and just people in general. Although social media was up to its usual bs this week, there was something trending that really just has me in shambles, sis.

Donald Glover (aka Childish Gambino) is the ultra-talented, ultra-black, ultra-active face of nerdy black kids all over the world. He is know for his nerdy stand-up comedy, writing for TV sitcom 30 Rock, creating the super dope show Atlanta, and creating multitudes of glorious music. If you can't tell, I'm a Childish Gambino/Donald Glover STAN. DG is absolutely brilliant and he, once again, proved his brilliance by teaming up with another ultra-talented person of color, director Hiro Murai, to create a mesmerizing video for DG's song This is America.

The song itself is literary genius. Glover speaks on the things happening to black Americans in the United States on a daily basis (distractions, police killings, etc.). The video, though, is a movie. Throughout the video, DG dances happily and merrily in the forefront with a group of kids dressed as students, posing as a distraction, while a darker scenery plays out in the background. For example, one of the major pieces in the video features DG and the kids dancing in the foreground while, in the background, death is riding a white horse past a police car and into a crowd of black folk. Dark. Chilling. Super well thought out.

With all this pro-blackness in the air, there was bound to be some sort of fire. The fire this time came from a few ultra-woke (ew) Facebook politicians posted photos of Glover and his white girlfriend and their biracial babies. Most of these Facebook politicians paired the photo with a quote along the lines of "Donald Glover can't be pro-black and date white women."

Donald Glover and girlfriend Michelle out with their two sons.

Y'all. When I say Facebook JUMPED. It went to moon. People were debating left and right about interracial dating and can one be pro-black but not date black.

Why is that every decision that a black man makes has something to do with the entirety of black women?

When blogs caught wind of DG's mysterious white girlfriend, Michelle, people starting coming back with the narrative of "There is something seriously wrong with black women. That's why black men want nonblack women." And, y'all. This really pissed me off.

I have heard it all.

Here's another eye roll for you.

There are about 23.5 self-identifying black women in the united States alone. I just find it hard to believe that every single one of us gold-complected beauties fall under one sweeping generalization.

The Donald Glover case became "he dates white women because black women don't want nerdy black guys." I felt insulted. I felt personally attacked. As a black woman who is actually married to what people would call a blerd (black nerd), I can't believe people are still this foolish about interracial dating.

My husband (chemist) and I (teacher/musician/know-too-much) in Fall 2017.

Black women are not the blame for everything a black man does. We are not all women scorned, we are not all anti-black nerd.

Like, at this point, being a black woman is actually exhausting. People expect the world from us while counting on us to fail. We are the butt end of nasty jokes; we are materialized throughout the mainstream media; we are continuously told to make ourselves smaller; and we are continuously

judged and lumped together as if we aren't all individuals with individual destinies, plans, and aspirations. Even when we are celebrated, we are torn down.

I have a challenge for black men: value us. Not because you have a daughter now; not because ya moms and sisters are black women; but, because we are actual living, breathing, thinking human beings. We want the same things you want - to be valued and loved unconditionally and to be appreciated. Instead, we are told we are too loud, too fat, too mean, too mad, too this, too that.

I have a challenge for black women: encourage one another. Sometimes, it really feels like we all we got, sis. We can't continue to bash one another and tear one another apart; we have to become sisters again. We have to stop letting personal factors like religion and personal morality stop us from encouraging our sisters to be great. And we definitely shouldn't place the blame on other black women when it comes to the actions and choices of black men.

But, what do y'all think? Are black women the reason that black men choose to date outside of their race (no)? Are we really that awful (hell no)? Comment below, I wanna know.

p.s. this post was not to down anyone at all. I was simply writing my emotions toward this particular situation.

Coping with Depression While in Transition

I QUIT MY GOOD JOB - WHAT WAS I THINKING

The Burden of HATE

Being a black girl is actually exhausting 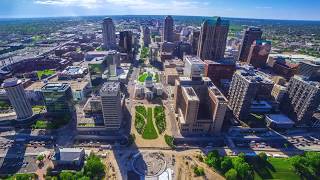 Music Monday ::: A Breakdown of "Home"

Why I Decided to Freeform My Hair

Coping with Depression While in Transition

I QUIT MY GOOD JOB - WHAT WAS I THINKING